What:  Girls Basketball Tryouts  When:  Monday, October 26, 6:00-8:00pm Who:   All Girls area welcomed to try out. Where: EHS gymnasium Items needed:  You must bring an up-to-date KHSAA Physical Exam (along with the EHS/JCPS forms) and a FIVE DOLLAR tryout fee. Link to Physical Packet:   https://link.zixcentral.com/u/f9f506f7/YNdtKUAO6xGY1Ryd5F7kRg?u=https%3A%2F%2Fgoeasterneagles.org%2Fathletic-physical-packet%2F

On Friday 2/17 the class of 2018 basketball seniors will celebrate Senior Night versus Shawnee in their last regular season contest. One of Eastern’s most decorated classes of women’s basketballers will tip off at 6:00pm.  The team led by seniors Briana Mishler, Bre Anthony, and Hunter Wright enter tonight’s game with a 17-7 record and currently 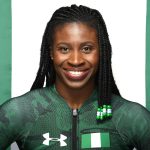 Simidele Adeagbo, Eastern c/o 1999, retired from professional track and field in 2008 after finishing 8″ shy of earning an Olympic bid in the Triple Jump. Even then she was one of the most decorated athletes in the history of Eastern HS. But she has added a new chapter to her athletic story, Winter Olympian 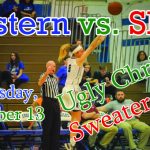 The lady Eagles basketball team has started the 2017-2018 season as one of the hottest teams in KY.  Sitting at 3-0 with victories over 2 of the state’s preseason top 10 teams the Eagles will be put to the test again this week. The girls will host preseason #2 Sacred Heart at Eastern on Wednesday

The Eastern Lady Eagles basketball team will open their season tonight (11/27) at home at 7:30pm against the sixth region’s preseason #1 team, Mercy.  Three Eagles are set to open their senior campaign. Briana Mishler (IUPUI signee), Hunter Wright, and Breanna Anthony are looking forward to a tough test in their final home opener in