Due to Hurricane Harvey blowing into town on Friday… we have moved this week’s home Varsity football game vs. PRP to Thursday night.   Kick off will be at 7pm on Thursday. Come watch the Eagles take on one of the top teams in the city in a big time home football game. 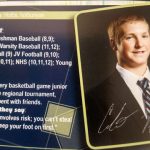 Colin Holba, Eastern c/o 2012, was recently drafted by his favorite NFL franchise, the Pittsburg Steelers.  They selected him as a long snapper in the 6th round with the 213th draft pick.  He was the only long snapper selected in the draft and was the highest pick from the University of Louisville Cardinals. Colin

Eastern Alum and Louisville Cardinal Colin Holba was drafted this weekend by the Pittsburg Steelers. Colin was a multi-sport athlete who played both football and baseball at Eastern. As a long snapper, Colin was selected in the 6th round the 213th overall pick in the draft.  He was rated as the top long-snapper in the draft. 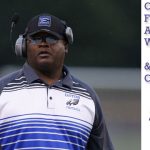 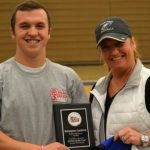 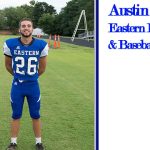 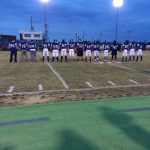 Eastern Eagles Start the Playoffs with Authority Last Friday your Eastern Eagles battled the North Hardin Trojans for the win in the first round of the Class 6A divisional playoffs. Despite being the underdogs and on the road, Eastern fought their way to a huge 41-7 victory to advance to the second round to face the 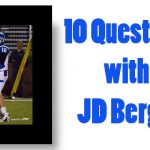 Eastern’s QB JD Berger, will lead the team into the playoffs tonight at North Hardin as the team begins postseason play.  Come support the team at the take on the North Hardin Trojans @ North Hardin.   What position do you play? Quarterback What is your Height and weight? 6’4, 200 lbs. If you were