By student writer Anna Applegate Eastern’s Varsity Field Hockey team showed up ready to play Thursday, September 25, mercy ruling Seneca 10-0. Eastern came out strong in the first half and put up five goals before the half was over. The next five goals came within the first fifteen minutes of the second half, ending

By student writer Ryan Scanlon This past weekend the cross country competed in the Franklin County Invitational at the Lexington Horse Park. They were able to get a preview of the state course. The team did not disappoint this past weekend with the boys team placing 2nd and the girls placing 10th. The boys were

By student writer Jaxon Williamson This past weekend, the football team strapped on their helmets for another Friday night game. The Eastern Eagles were scheduled to play Martha Layne Collins High School at Collins.  Since the Eagles lost the previous week against Christian Academy of Louisville, many people expected a repeat of last season. So,

By student writer Azzad Ruiz- After a few weeks of conditioning to prepare, the volleyball team is ready for their season. They are ready to improve upon their disappointing end last year. A lack of post-season success has hung over the volleyball team in recent years, mainly due to their loaded district which has exceptional

Thanks to the Eastern Eagle student newspaper for providing this content via https://easterneaglenewspaper.wordpress.com/ By student writer Anna Applegate- Beating Atherton High School earlier in the week 1-0, Eastern’s varsity field hockey team was confident in their abilities but also aware of the competition they were being faced with. Going into the championship game looking to defend

The Eastern Cross Country team heads to the Kentucky Horse Park this weekend (Saturday 9/19) for the Franklin County Invitational as their season hits full stride. The men’s team enters the meet looking for the first invitational championship of the season. The guys started the season ranked 8th in KY AAA by www.KYTrackXC.com but look 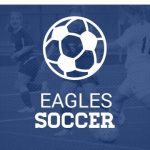 2015 Eastern High School Boys Soccer Tryouts NOTE:  This is the first round of roster cuts.  Based on the number of players at tryouts and the number of requests I have had from players with conflicts, there will be another round of cuts made.  I will have the date of that round of cuts on 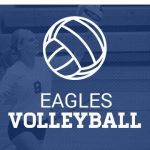